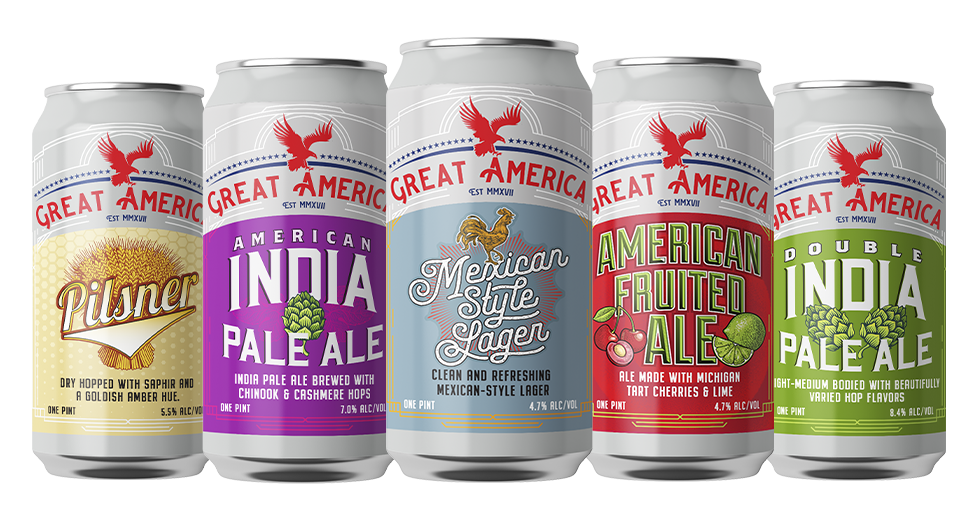 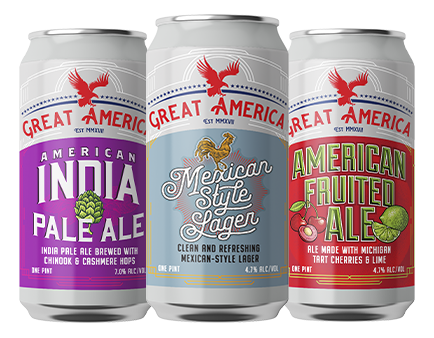 Our craft beers are inspired by America's rich diverse history, with internationally established blends made right here in the United States. From our Pilsner to our Red Ale, and our American IPA to our Blonde Ale, our offerings are designed to satisfy even the most discerning craft beer drinkers. 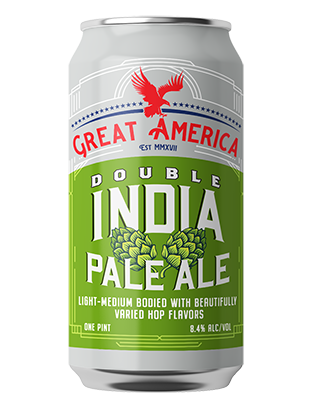 With a short history, the Double IPA is a medium body beer that traces back to the 1990s where it was first introduced in California before growing in popularity nationally. Our rendition is light-medium bodied with beautifully varied hop flavors. The aroma is well balanced with tropical fruit and pine. At Great America, our beers are internationally inspired and American made. 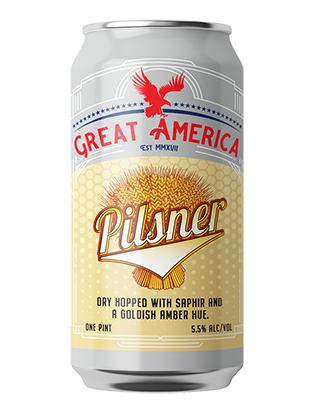 Pilsner is a pale lager that takes its name from the Bohemian city of Plzeň (German: Pilsen), where the world's first pale lager was produced in 1842. Pilsners are known for their signature golden color, bitter taste, and floral hop aroma. Our rendition dry hopped with Saphir and boasts a goldish amber hue. At Great America, our beers are internationally inspired and American made. 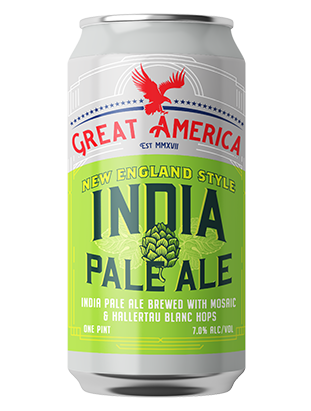 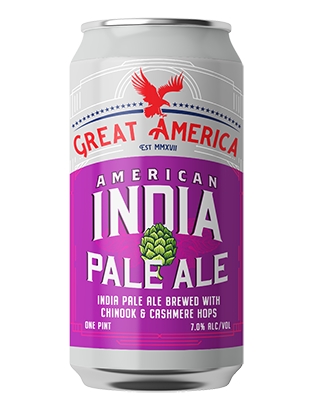 While the IPA has a history traced back to British Exports in the 1700s, the original American IPA is a more recent invention. Our rendition is brewed with Michigan-grown chinook and cashmere hops. This IPA is bright, loaded with notes of tropical fruit - with floral and fruity aroma. 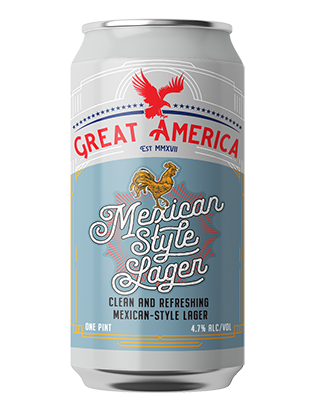 Perfected in the 19th century when Austrian and German immigrants settled in Texas and Mexico, the Mexican style lager boasts a clean and crisp taste. Pilsner, Vienna, and Munich malt were used in our brewing process. 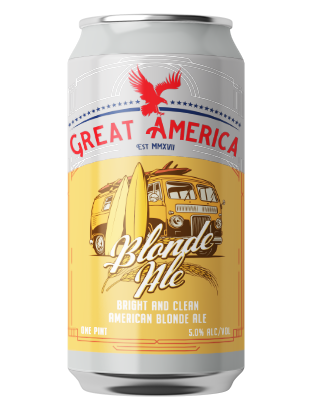 Blonde ale finds its ancestors in the centuries old tradition of pale ale and Kolsch. Modern blonde ales are now brewed across the world with ingredient variations by country. Out rendition is a bright, clean American blonde ale designed to keep you refreshed. 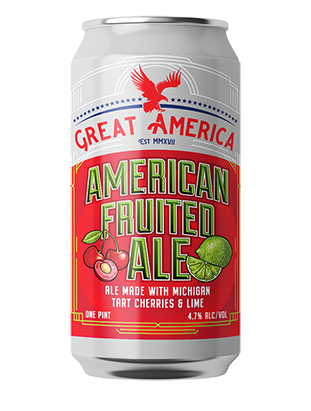 Incorporated into European beers for centuries, fruit is a more recent ingredient for U.S. breweries. The American fruited ale is the perfect easy drinking beer. Our version starts with an easy drinking lager base with added hints of tart cherries and key lime for a pleasant sweetness.

craft beer for all seasons

With ten core beers to enjoy year-round, our craft beer selection has something for everyone. We also offer some seasonal favorites that you can keep an eye out for. From our Red Ale to our Coffee Stout you're bound to find a winner. 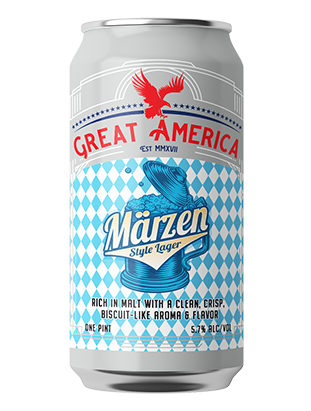 Originating in Germany, this style was traditionally brewed in the spring (“Marzen” meaning “March”) and aged throughout the summer. Our rendition is rich in malt with a clean, crisp, biscuit-like aroma and flavor. At Great America, our beers are internationally inspired and American made. 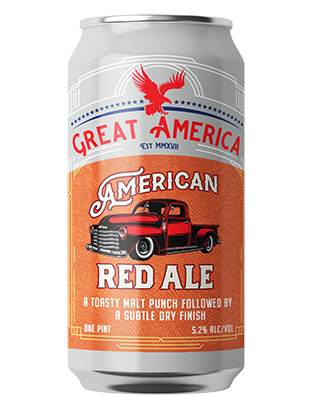 With a European heritage and a name born from its reddish appearance, the American Red Ale boasts a medium body with a smooth texture. With similarities to the American Pale Ale and IPA, the Red Ale enjoys a more pronounced malt backbone. Our American Red Ale delivers a toasty malt punch followed by a subtle dry finish. At Great America, our beers are internationally inspired and American made. 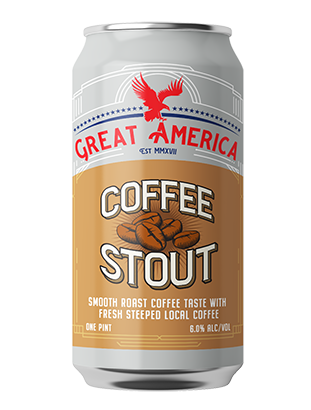 Coffee stouts originated in the 1990s when craft brewing started to popularize. These stouts tend to boast dark roasted malts that produce a bitter coffee flavor. Our rendition delivers a smooth roast coffee taste with fresh steeped local coffee and the addition of flaked oats. At Great America, our beers are internationally inspired and American made.

We are great america

Inspired by the foothills of the Blue Ridge Mountains, Great America was first designed to put a twist on an infamous backwoods alcoholic beverage. We have evolved since then to also become one of the nation's premier brewers of craft beer. We're proud of what we do, and of the people who work hard to bring you amazing beverages from our brewery in Corktown, Detroit. Great America was born from Southern tradition and raised by a new breed of greatness. Detroit is now home for us, but our customers enjoy the fruits of our labor all over the country. We'll continue to evolve, and we'll continue to make products that help our customer's live life to the fullest.